Last weekend Oprah Winfrey’s long anticipated new TV channel OWN, debuted across the country. One particular show on the network that’s been getting great reviews so far, is her weekly docu-series OPRAH PRESENTS: MASTER CLASS. Sunday night they debuted the JAY-Z episode. Reiterating some news I sent some of you earlier this year, I’m happy to say that three of my photos are featured in this piece. If you missed it, Jay-Z charts his unlikely rise from the hard-knock life of the Brooklyn projects to worldwide super stardom and what he's learned along the way. He reflects on his failures, the healing power of hip-hop and how he finally made peace with his father before he passed away. Plus, Jay-Z shares his personal revelations about integrity and why knowing your own truth is the foundation for everything great.
This particular documentary was produced by RADICAL MEDIA. When the producers contacted me back in July asking if they could purchase some of my photos of the iconic Hip Hop legend, I was very excited. The photos they were interested in, are from a period in Jay’s career when he finally began to get "major" mainstream notoriety. He had been dating Beyonce for a few months and became the president of Def Jam Records during this time. While most of the media was generally shunned or being avoided, I was one of the privileged few photographers to be granted access to him on more than a few occasions. Whether hanging out on music video sets, spending Christmas morning with Jay, his mom and Beyonce, while handing out presents to the children of the Marcy Houses in Brooklyn, or acting as exclusive photographer for his 05’ post MTV VMA private yacht party in Miami, I've always been grateful for the invitations to document a slice of his historic career. I’m proud of my work and hope you all get a chance to see the documentary. I've seen it myself, and was very impressed with the way the producers put it together. Check your local cable schedule for reruns throughout the month, if you’re interested.
Here are the exclusive photos included in the docu-series OPRAH PRESENTS: MASTER CLASS with Jay-Z. 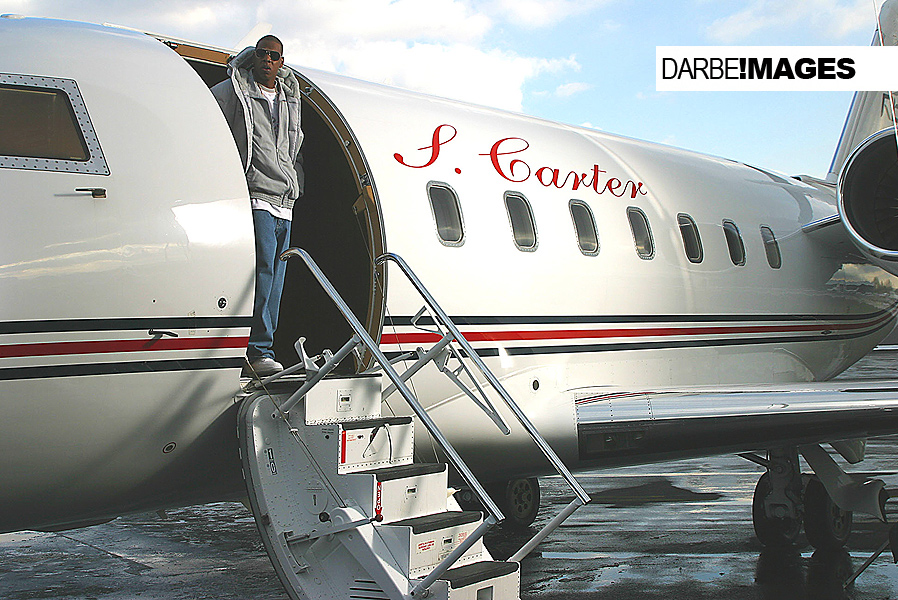 Jay-Z exiting his private Reebok sponsored jet at Teterboro airport in New Jersey, while filming his music video for the hit single "Excuse Me Miss" in 2003. 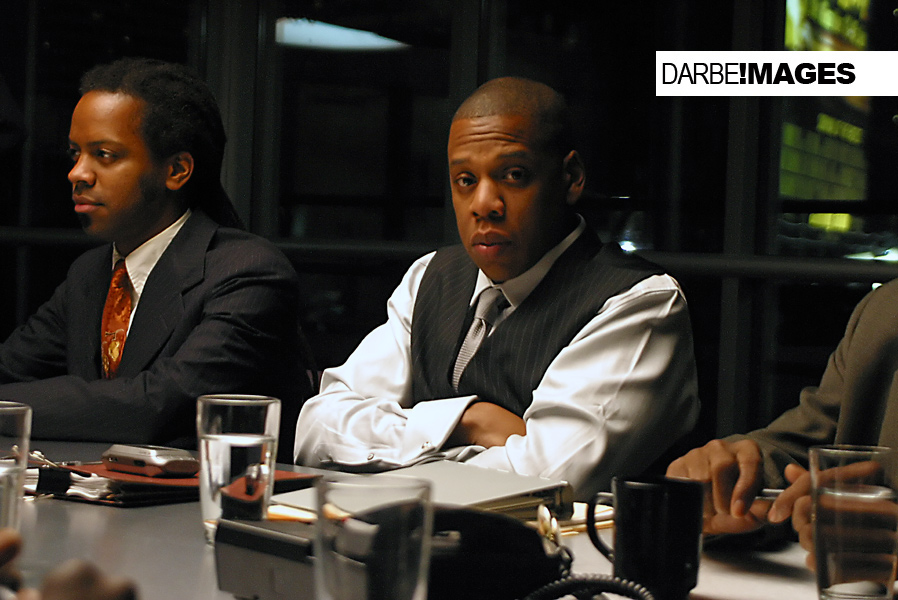 A weary-eyed Jay-Z on an early morning music video set for the hit single "Excuse Me Miss", being filmed at the Novotel Hotel in Times Square. This was shot at around 3AM, after a full day of shooting. 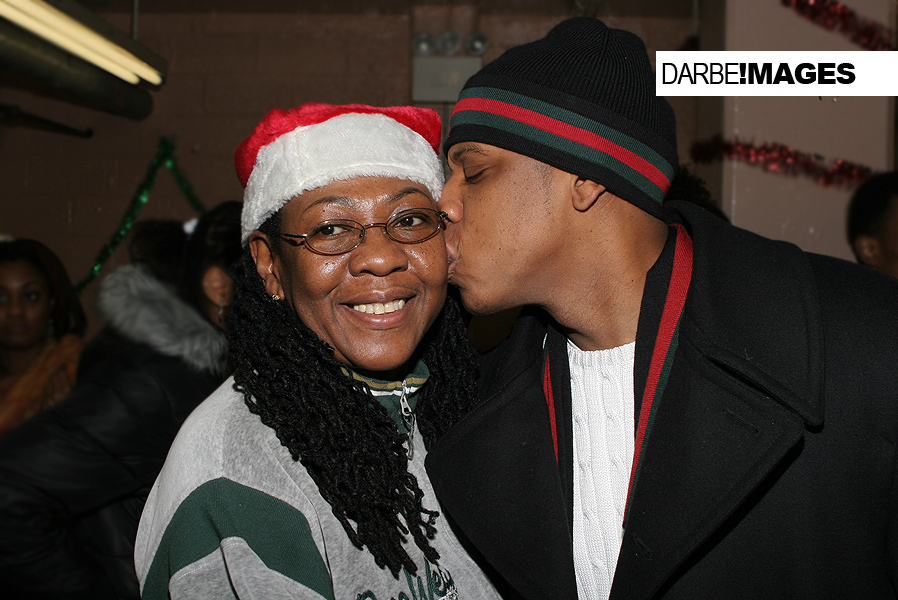 A rare photo of Shawn with his mother, Gloria Carter at the "Marcy Houses" housing projects on Christmas morning, 2004. Every year he personally gives out presents to the children of the Brooklyn projects as a way of giving back to the community that raised him.
Posted by Darby Rotach at 2:30 AM 0 comments